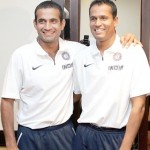 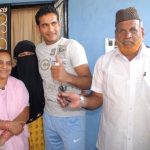 He was bought for the enormous price of $2.1 million by the Kolkata Knight Riders in an IPL auction in 2011.

He made the Indian squad for the Twenty20 World Championship following an impressive performance at the Twenty20 competition in April 2007.

Following his impressive performances in the 2007 Deodhar Trophy and the Inter-state domestic Twenty20 competition held in April 2007, Pathan was made a part of the Indian squad for the inaugural Twenty20 World Championship, held in South Africa in September 2007. He made his Twenty20 international debut in the final against Pakistan. He opened the batting for India in the match, and scored 15 runs in the process.

Even though Pathan could not repeat his first IPL performance in the second season, he was selected in the Indian team to play the 2009 ICC World Twenty20 championships in England. In the second of India's Super 8 matches, he made an unbeaten 33 from 17 balls against England. Despite his knock, the team lost the game and crashed out of the tournament without making it to the semi-finals. His rare international debut came in the final of the ICC World Twenty20 in 2007.

After a good domestic season in 2007/08, he was signed by the Rajasthan Royals in the Indian Premier League for US$265,000 (INR 1.9 crore). In the 2008 IPL season, he scored 435 runs and took 8 wickets. He recorded the season's fastest half-century (from 21 balls) against the Deccan Chargers, and was also the Man of the Match in the final against the Chennai Super Kings. For his performances in 2008, he was named in the Cricinfo IPL XI.

In late 2009, Pathan was dropped from the limited overs team after a series of unproductive performances.

On 7 December 2010, Pathan's power hitting sealed a memorable 5-wicket win for India. Pathan clobbered the New Zealand attack with his aggressive innings, smashing an unbeaten 123 from 96 balls and shared an unbroken 133-run partnership with Saurabh Tiwary to guide India to a huge target of 316 with seven balls to spare and give the hosts a 4–0 lead in the series. He was named man of the match for this effort. The all-rounder clubbed seven fours and seven sixes on the way to his maiden one-day century to help the hosts overhaul New Zealand's challenging 315–7 with seven balls to spare at the M. Chinnaswamy Stadium in Bangalore.

In the MTN ODI series against South Africa, before the 2011 World Cup, he gave a stand-out performance in a match in Pretoria where he scored a brilliant 105 in 70 deliveries (comprising 8 fours and 8 sixes). Even though India lost the match, his performance was complimented heavily. During this knock, he reached his century off 68 balls which is the sixth-fastest by an Indian and the second-fastest by an Indian outside the subcontinent. Thanks to his stream of good performances, he made it to the Indian team for 2011 World Cup, and also scored 100 for just 37 balls vs Mumbai Indians in IPL 2010. Though Yusuf did not have a great World Cup, he ended up having the winner's medal and the honor of holding the World Cup aloft.

On 15 May 2013, Yusuf Pathan became the first batsman to be given out for obstructing the field in Twenty20 cricket while playing for the Kolkata Knight Riders in the IPL 2013 against Pune Warriors India.

Yusuf Pathan was born in Baroda, Gujarat, to a Gujarati Pathan family. He is the elder brother of Indian cricketer Irfan Pathan. He along with his brother has done philanthropic work during covid 19 by distributing Masks.Yusuf married Mumbai-based physiotherapist, Afreen who gave birth to a baby boy on 17 April 2014. He had been supporting "YAIF" and its mission "Youth Against Rape".

On 24 May 2014, Yusuf hit the second-fastest 50 in IPL history doing it in a mere 15 balls. As a result, Kolkata Knight Riders ended up 2nd in the league table and won the title for the season.

For his performances in the 2016 IPL season, he was named in the Cricinfo and Cricbuzz IPL XI

Currently, Yusuf Pathan is 39 years, 8 months and 22 days old. Yusuf Pathan will celebrate 40th birthday on a Thursday 17th of November 2022. Below we countdown to Yusuf Pathan upcoming birthday.

The swashbuckling Indian all-rounder Yusuf Pathan is celebrating his 36th birthday today as the wishes are pouring in for the cricketer on the social media. Yusuf Pathan is a member of